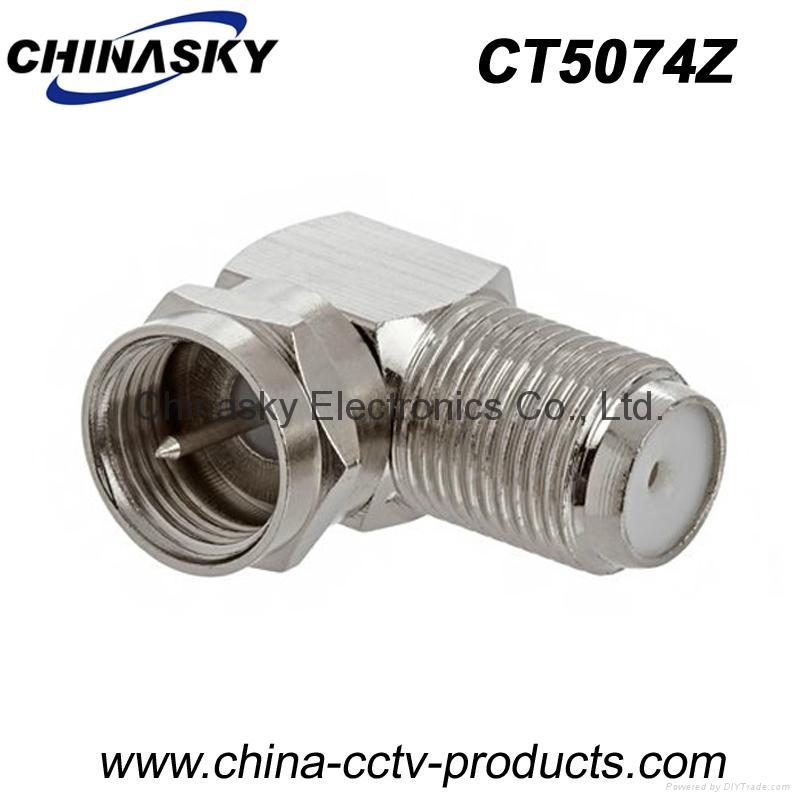 The F connector is inexpensive, yet has good 75 Ω impedance match up to 1 GHz and has usable bandwidth up to several GHz. Most male connectors have a matching threaded connecting ring, though push-on versions are also available. Push-on F connector ends provide poor shielding against airborne signals (e.g., a nearby TV transmitter will interfere with a CATV station).